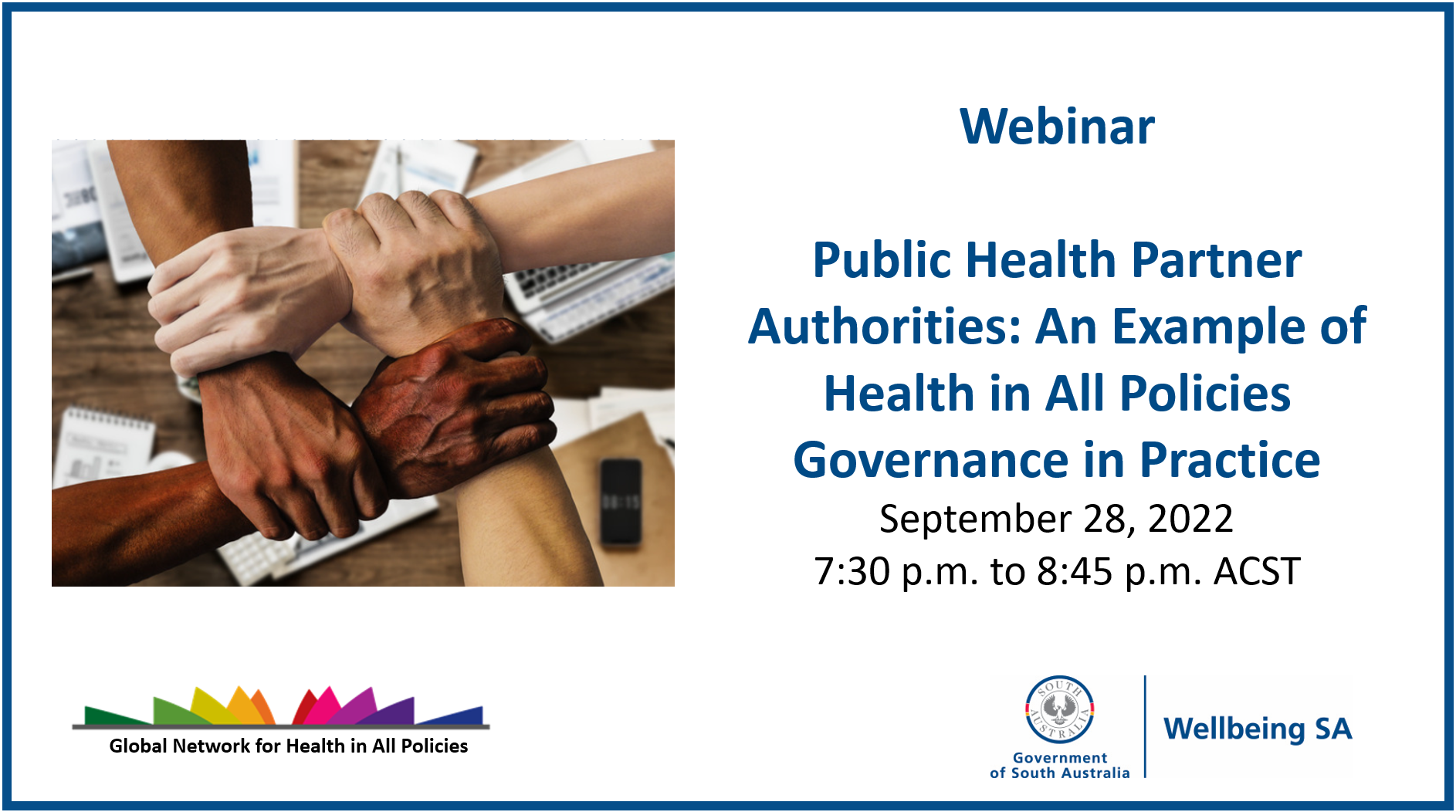 This presentation was part of Global Network for Health in All Policies (GNHiAP) activities. GNHiAP is a country-led initiative whose mission is to work with various stakeholders to address determinants of health by strengthening the Health in All Policies (HiAP) approach. The presentation was organized by Wellbeing SA, in collaboration with the GNHiAP, and aimed to share South Australia’s experience in implementing Public Health Partner Authorities, drawing on the principles and processes of the state’s HiAP approach.

The HiAP approach in South Australia has endured a number of machinery of government changes. The approach’s ability to be responsive and relevant to the changing political and policy environments is testament to the value of the approach.

The development and implementation of PHPAs draw strongly on the principles and processes of the South Australian HiAP approach. The focus on co-design and co-benefits are at the very core of South Australia’s HiAP approach and are strong underpinning principles of PHPAs. Another core component of PHPAs is the governance and accountability mechanisms attached to each partnership.

A preliminary evaluation of the PHPA approach has considered their development and implementation to date and has demonstrated that they are impactful.

Our target audience included policymakers and decisionmakers who are involved in the development and implementation of policies from all levels of government and non-government agencies, academics and other members of the GNHiAP.

Click here to view the speakers’ biographies and partnerships overviews.