Aim: Improve the health and well-being of South Australians by strengthening cross-government action on the social determinants of health through a Health in All Policies approach. 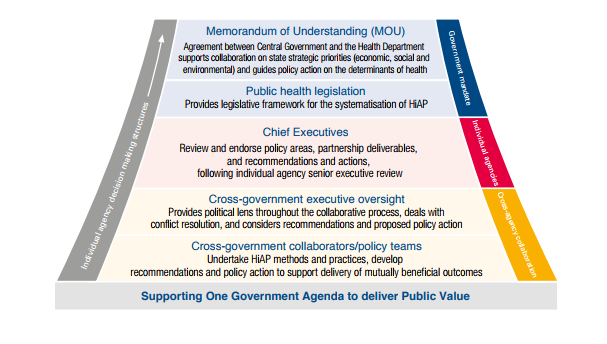